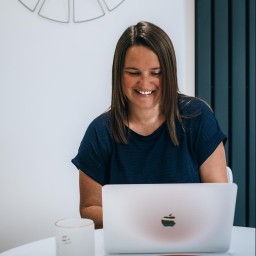 Zoe Clements is an experienced BACP Accredited Counsellor and Author specialising in overthinking, anxiety, people pleasing and pesky self doubt.

5 steps to reduce anxiety and overwhelm this Christmas

Are You Trapping Yourself In Your Comfort Zone? 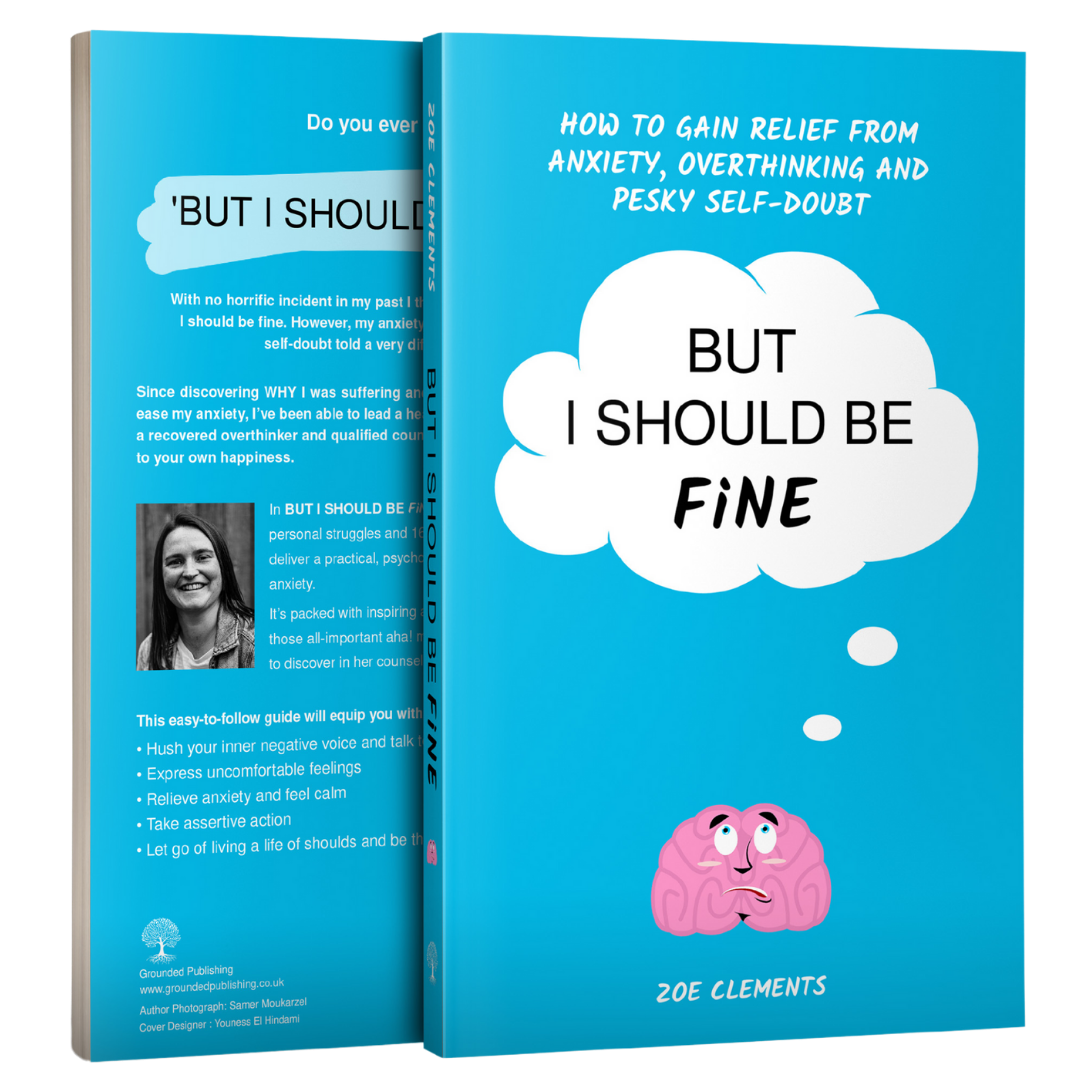 Is your phone making you anxious? Let me tell you about my experiment.

I thought I didn't have a problem but then this happened...

So there I was having a well deserved lie in, the pooch was all curled up next to me and I had a cuppa tea in one hand and my phone in the other. Then suddenly, out of nowhere, my phone decided it was time for a heart to heart and announced exactly how much time we'd been spending together lately... 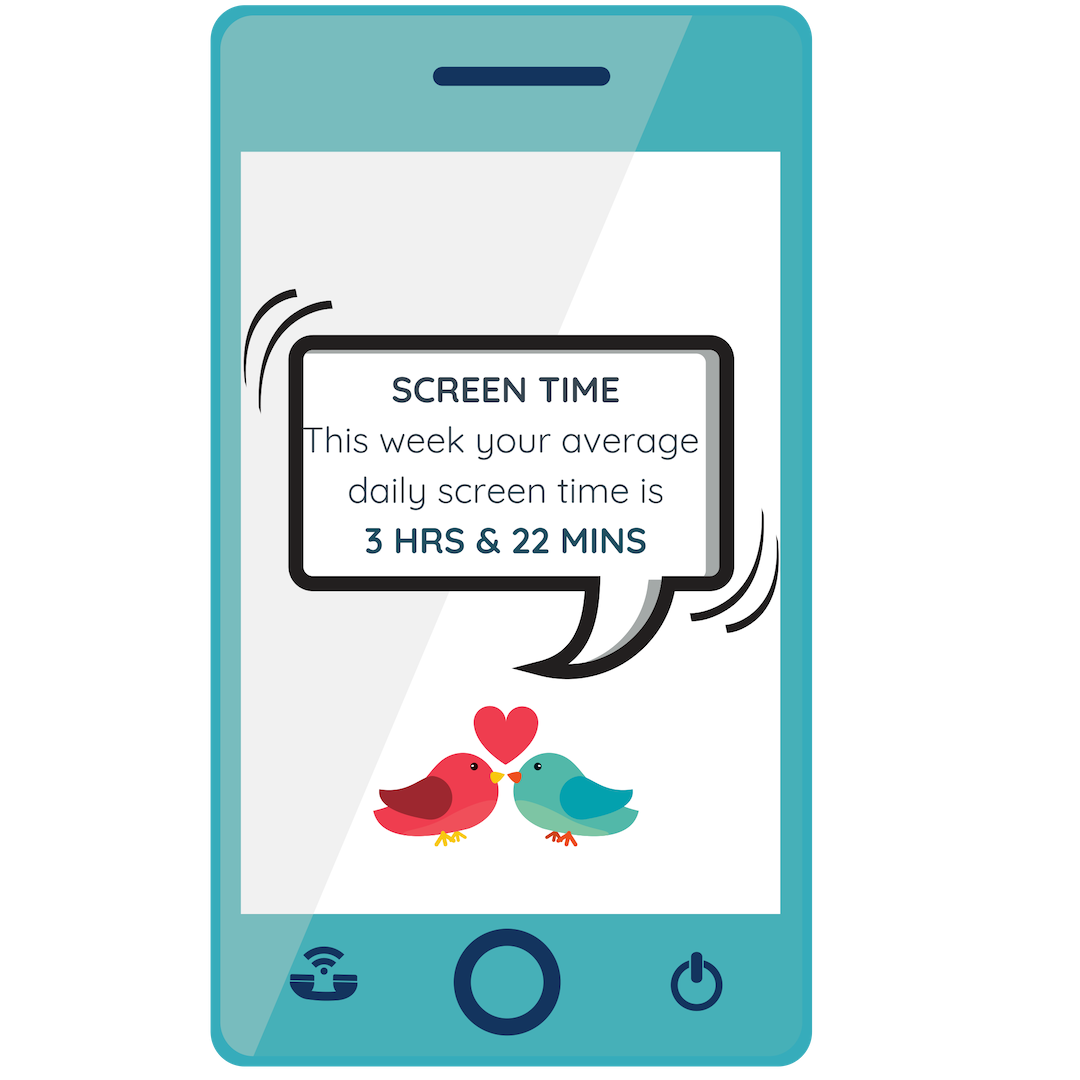 I'm not going to lie to you, my initial reaction to this wasn't "Oh wow, 3 hrs 22 minutes, that's interesting information", nope, it was tad more on the defensive side.... 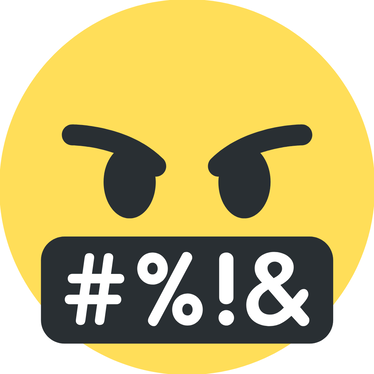 In hindsight I think I was a tiny bit shocked by the amount of time, because it meant some days I spent more time with my phone than my other half! So after a little rant, "Bloody software update, why would someone make that functionality??!!", and more tea, I had to admit that I was increasingly spending more time with my phone. However, it wasn't until a few days later that I finally got the message I needed to give this more attention.

I was watching a talk by Esther Perel, the relationship therapist of TED talk fame, and she turned to the audience and asked: 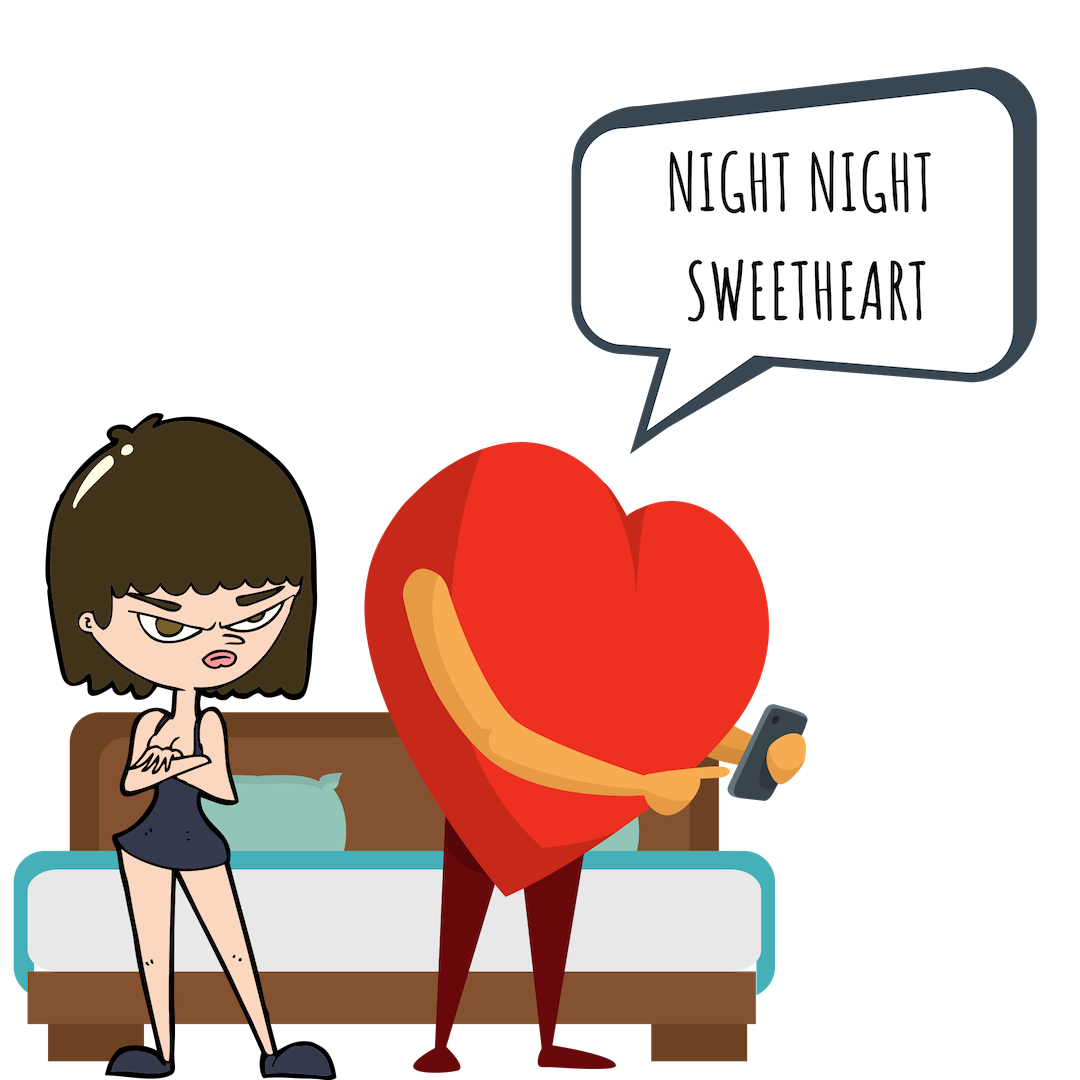 Comforted by the fact that it wasn't just me, I decided I couldn't deny this any longer, it seemed like the majority of us were in inappropriate relationships with our phones and I was curious to understand how those 3hrs 22minutes were impacting me.

So over the next few days I started to ponder how I used my phone. I had previously justified my usage as I was using it more for work stuff but as I looked further at the stats (oh yes the iPhone Screen Time service gives you stats!) I found that much of my 3hrs 22hrs a day was actually spent buried in social media platforms and reading the news (bloody Brexit). 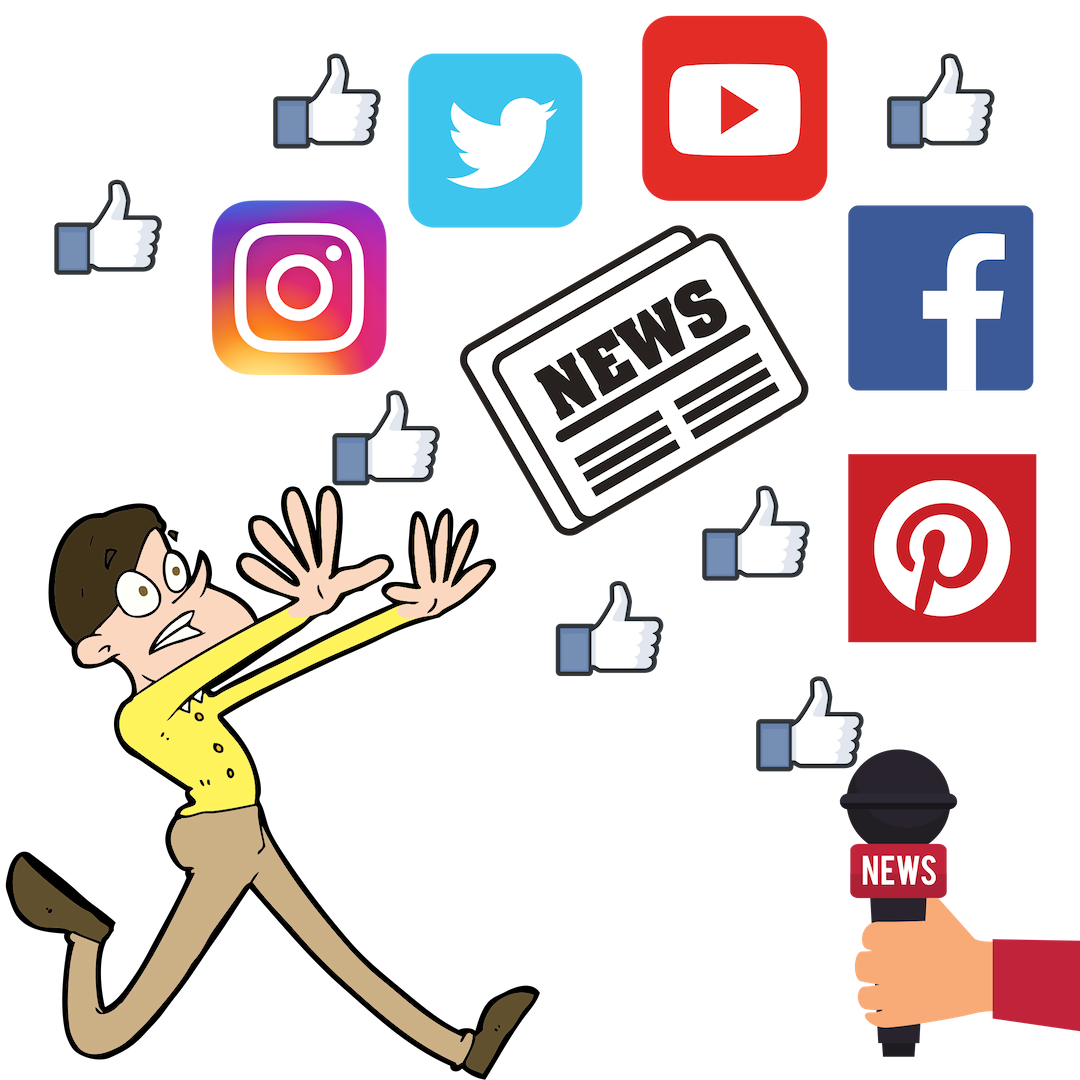 Whilst my phone was clever enough to tell me how we spent our time together, it wasn't able to measure the impact it had on me - so that's how Experiment 1 was born.

Experiment 1 a.k.a The Epic Fail

I decided to limit my amount of screen time, so to do this I used my phones functionality to:

Sounds like an awesome plan huh? So why was Experiment 1 an epic fail?

Well a week later I was sat on sofa at 9pm scrolling through Brexit comments on Twitter when my ever so patient other half asked:

"Erm, I thought you weren't able to be on your phone after 8pm"

To which I replied:

"I've been overriding the limits!"

There was no need for a response, the lift in eyebrows said it all.

So while the experiment itself was an epic failure it did provide one piece of unescapable evidence: My mobile phone habit was a lot stronger than I realised!

What is a habit?

The word habit got me thinking, I often help people understand and break their habits so I started to think about the 3 steps needed to form a habit: 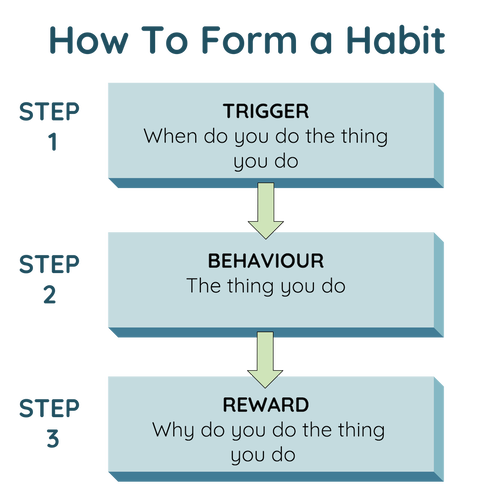 Therein, much to my again ever so patient but this time highly sceptical other half, Experiment 2 was born!

Part 1) Cold Turkey - I was about to go on holiday so I decided to put my phone away and go cold turkey for two weeks: No social media, no news, no nothing.

Part 2) Coldish Turkey - Then on my return, over the following two weeks, I would gradually reintroduce my phone and monitor:

Part 3) Based on my findings I would then decide if I needed to change the habit, and if so, what I needed to do to make the changes

The Triggers:  When was I reaching for my phone?

They say absence makes the heart grow fonder but I found my two cold turkey weeks blissful.  Most notably my mind was calmer, I was more in the moment and I was feeling fantabulous. (Hmm is that a word?)  Anyway moving on....

I know what you are going to say..."Of course you felt like that you were on holiday!"  Okay, fair point but what this period did do was help me work out some of my triggers:

As I returned to real life and started to slowly reintroduce my phone (coldish turkey) I began to identify even more triggers: 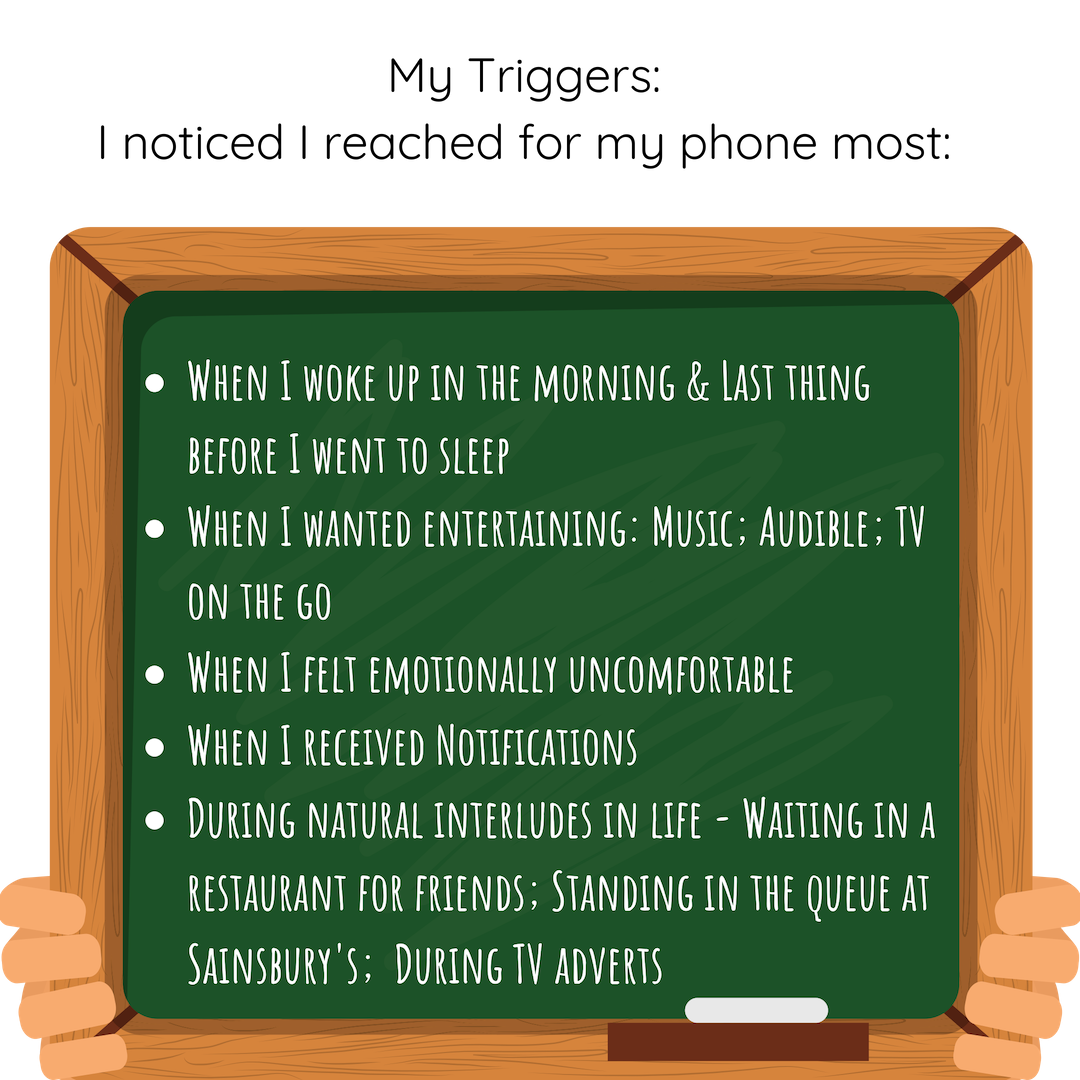 The Habit itself: What was I actually doing on my phone?

So I don't know about you but when I drive I don't think about what my hands are doing. I think our brain is pretty cool for that, rather than waste our conscious brain space the subconscious does it for us. Well, I did think it was cool until I realised, rather horrifyingly, my hands knew how to drive my phone. As soon as one of the above was triggered my hands went through a routine, I would open, scroll and flick through each of these: 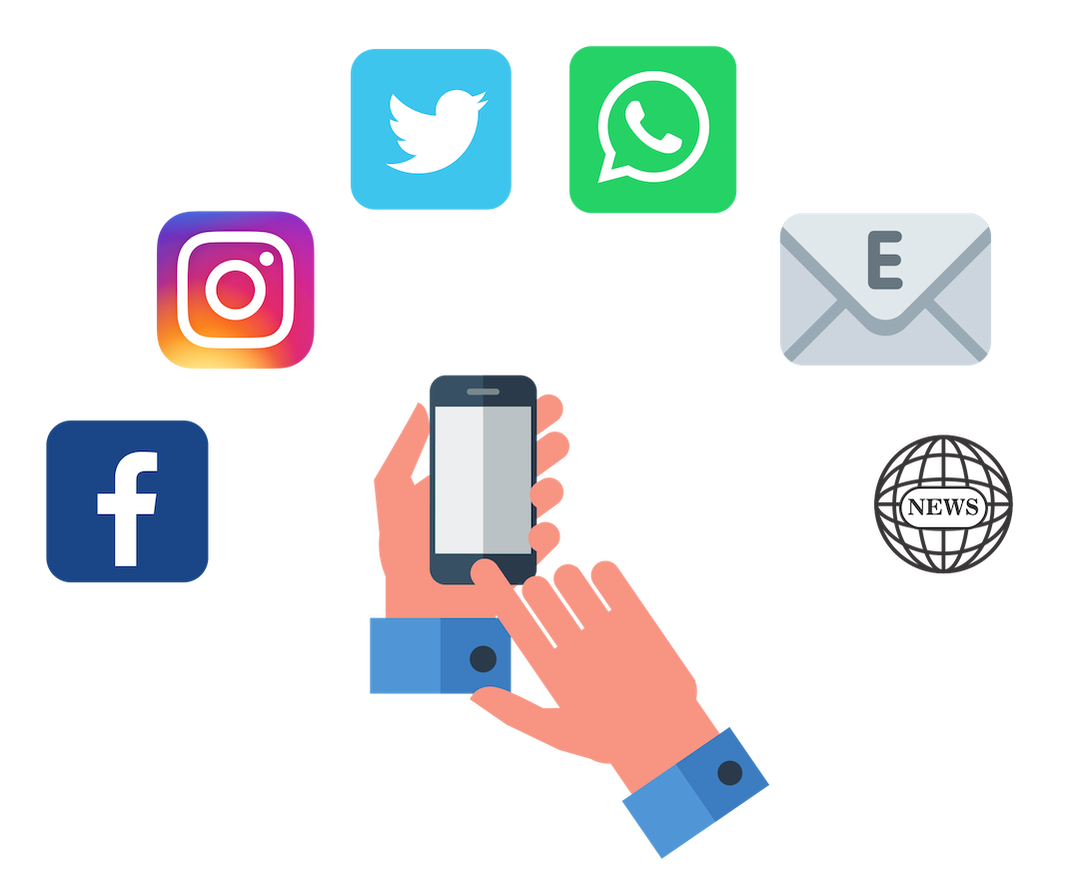 How was I being rewarded / impacted. i.e Why did I keep doing it?

At the start of this experiment I had a sneaking suspicion there were negative impacts on my wellbeing, but holy moly I was not expecting so many.

Even as a recovered overthinker I noticed how my poor brain had to work hard not to get caught up in negative thoughts loops especially on social media.

As we discovered in my previous blog, there are many different types of unhelpful thoughts and the ones that start screaming in our heads on social media are: 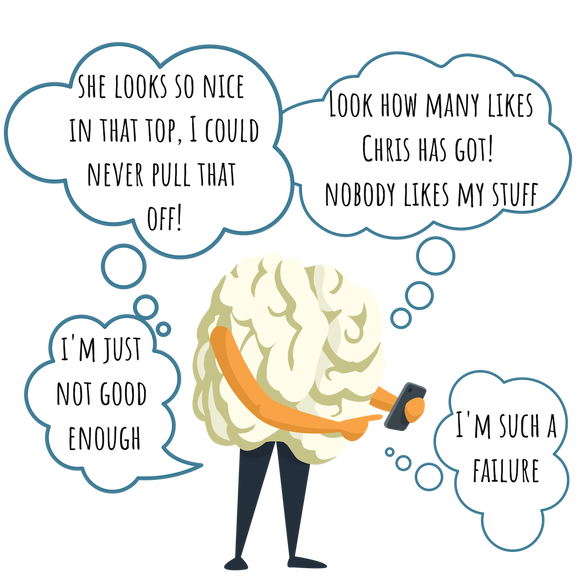 Secondly, the checking of messages and emails overloads our attention span, impairs our concentration and increases stress and anxiety levels.

Reply to this person, that person, oh hang on the first person has replied so lets reply and, oh hang on I've got a WhatsApp message, and, argggghh I've forgotten what I'm doing!  I found when I checked and replied to my personal, work email, texts and WhatsApp my brain became overloaded with all sorts of thoughts and to do lists.  I could literally feel the stress rising in my body!

Thirdly, reading the news is an assault course for the brain and can lead us to overgeneralise. This unhelpful negative thought type brings our mood down like a ton of bricks. Does this sound familiar? 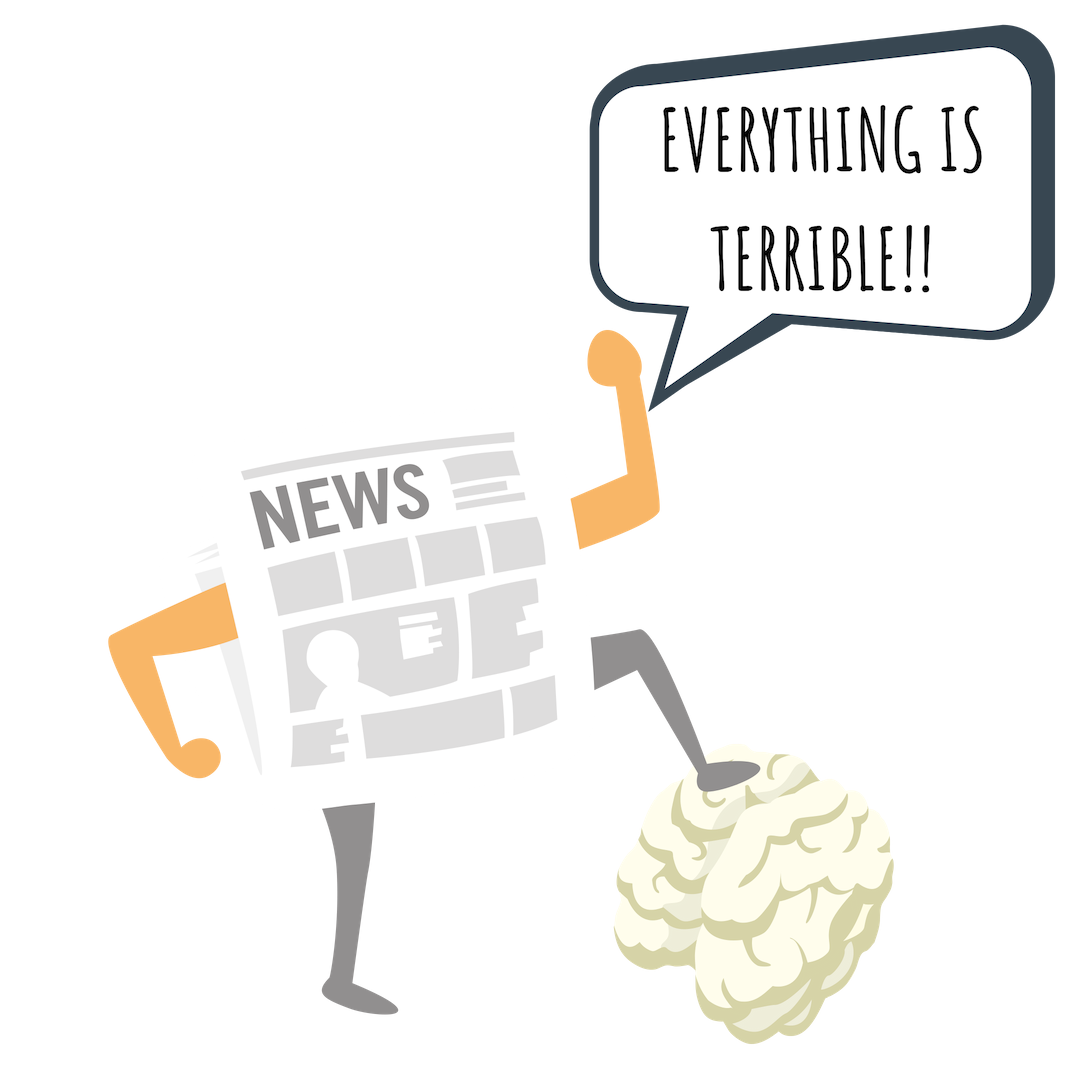 I found reading the news once a day was informative and kept me up-to date. However, refreshing my News app, reading it again and again during the day delivered the final blow to an already overloaded mind and stressed body!

Lastly I noticed that my phone helped me keep connected with friends, peers and family and that, finally(!), was a very good thing BUT the irony is I was more present in my relationships when my phone was out of reach.

So with so many negative consequences why did I still stay in the habit?

As I looked for an answer to this I stumbled upon a book called "How To Break Up With Your Phone" by Catherine Price. Here she talks about our phone being like a slot machine in our pocket, people get hooked on the intermittent rewards. We don't know what we might get when we pick it up, maybe we will be rewarded with a new like or maybe X has emailed or maybe Z has happened or maybe nothing but if I check again in 5 minutes who knows eh? What we do receive each time we check is a big dollop of dopamine meaning our brain gets chemically rewarded for checking. It's this hit that seems to keep us betting even though there are so many negative consequences. 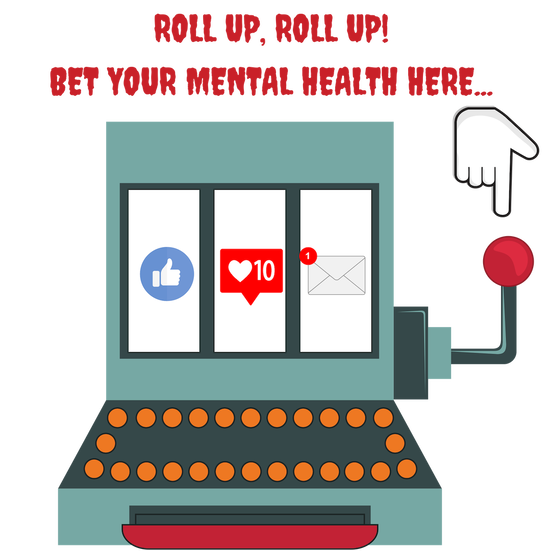 The evidence was undeniable, I found my habit had far too many negative consequences so I made the decision to change my habit. In order to do this I made some key changes within each of the 3 habit steps. To help you smash your habit I've popped them all together in this hands infograph here:

So lastly, has the new habit stuck?

Yes! Two months later I've reduced my phone usage by 60% and the time I do spend is much more intentional and productive! I have definitely noticed a increase in my wellbeing, my mind is calmer, my attention span longer and I feel much more in the present. I no longer reach for my phone first thing in the morning or last at night and I keep it tucked away so I can be more in the moment.

Need help changing a habit or stuck in overthinking, stress or anxiety?

Gaining awareness of your thinking styles, stress levels and habits is the first step to change. In counselling I can help you work through changing these so please get in touch if you need some help at: hello@zoeclements.co.uk or fill out the contact form below.

Zoe Clements is an experienced BACP Accredited Counsellor and Author specialising in overthinking, anxiety, people pleasing and pesky self doubt.

{"email":"Email address invalid","url":"Website address invalid","required":"Required field missing"}
We use cookies to ensure that we give you the best experience on our website. If you continue to use this site we will assume that you are happy with it.Ok